Okay so this past week I have been going through Formal Recruitment at Arkansas State University. It’s been insanely nerve racking, and I can’t say any specifics yet. But, I think I’m going to get the sorority I want. Dorm life is still something to get used to, but a girl that lives on the floor above me has made the transition easier. She is the sweetest person in the world, and she is going through rush week with me.

It’s funny because we are so much alike. We are practically the same person. 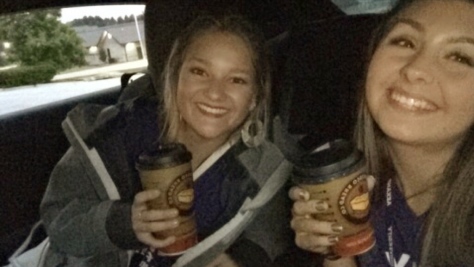 I’ve also had lots of supporters helping me get through this week without passing out from exhaustion. One of my family friends and one of my best friends stayed strong for me. They are amazing.

So, tomorrow is Bid Day. I can’t wait to see if I get my first pick. 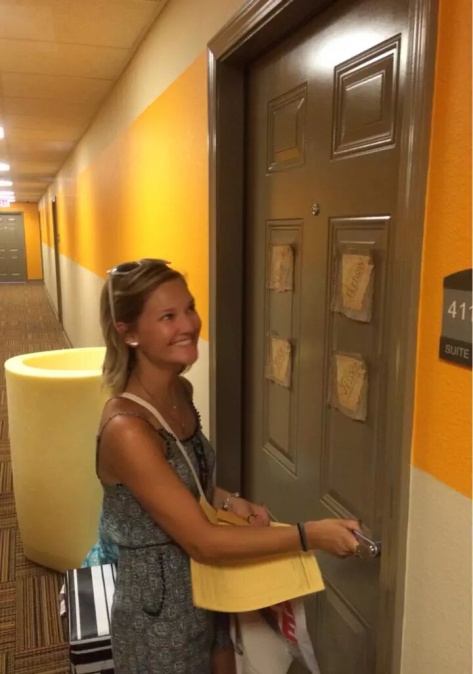 This is my side of the dorm room. I moved in early yesterday to take on Rush Week, and neither of my suite mates or my roommate are here. I was expecting it to be scary and like a huge change, but it doesn’t feel like either of those things. Instead, it feels like a whole different situation. It feels like camp. I keep expecting to hear about when I’m heading back home or what is on the schedule for today. It always feels extremely strange that I can leave the campus without telling anybody where I’m going. Or that I’m not actually required to go to any of the activities. I feel like I should be typing this at home in my bedroom, but I figure this dorm room will feel like home pretty soon. When classes start it will take away this camp feeling and make me realize this is the start of my life. I guess I’m becoming kind of a grown up. 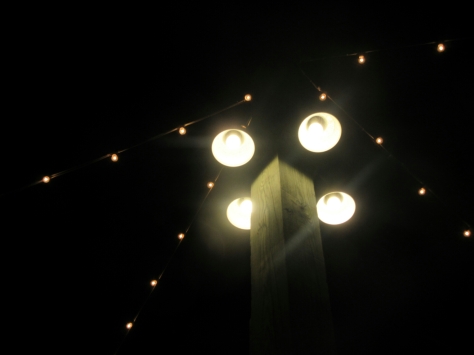 This vacation came and went by so quickly. I feel like yesterday we were just stopping for the night in Mobile, Alabama.. not sure that we were actually going to get a hotel room. We had driven all day, and Peyton (my boyfriend’s two year old … Almost THREE! brother) had to stay awake until well after midnight.

Bless his heart. But, really, it feels like the trip just began. I am reluctant to actually get in the car tomorrow and make the painful journey back to reality and errands. But, it’ll be good for me.

My favorite part of this vacation was getting to meet all of John’s (my boyfriend) family that I hadn’t ever met.

We took this vacation with John’s dad’s side of the family, and the only people I knew were John’s immediate family. It was nerve racking, but I managed. I grew to love everyone, and I’m glad he got to share this part of his family with me.

When someone is asked are you ready and they retort back “as ready as I’ll ever be,” I’ve never understood why they said it. I’ve always thought, “Okay. You are either ready or you’re not.” But college has made me rethink this, and I’ve come to appreciate this common retort more than I thought I would. I move into my dorm room in less than three days, and I’m terrified. But, I’m also excited about having my whole future in front of me. I wouldn’t say I’m ready to jump in with both feet, but I wouldn’t say I’m not ready to transition into this new stage of life. Therefore, I’d say I’m as ready as I’ll ever be. The nerves won’t go away until I begin college, but I’ve done everything I can do to prepare myself, and I can relax in that truth.

I decided that I am going to read my way through this list of 100 classic books, and review each of them for you guys. I am starting this challenge in the hope of culturing myself. I always complain at how little I know and how naive I can be, but I never do anything to change it. This is my solution. You can view the list by clicking on the link in the first sentence, and I hope some of you try and struggle through this long book list with me.

“A book is a gift you can open again and again.”  -Garrison Keillor

So, I impulsively decided to create a blog. I have absolutely no idea what I’m supposed to use this for, but it seemed like an artsy way of expressing myself and sharing my life. My name is Julia Lawrence, and I will begin college in three freaking days at Arkansas State University. Right now, I am on vacation with my boyfriend of four years and his wonderful family.

That’s him. We’re kind of goofy. We are in Gulf Shores, Alabama, and this trip only resulted because we skipped prom our Junior and Senior years. The amount of money we would’ve spent on this mundane high school tradition was set aside in the vacation jar after a silly joke. I was complaining about how expensive prom was going to be, and then joked that it was almost more expensive than vacation. With that, the ball was rolling. A vacation, it was decided, would be a much better way to waste all the money. So, here we are, two years down the road.

This vacation has been…eventful. Exciting things happened like the discovery of two starfish in the ocean and a dead crab buried beneath the sand.

But, sadly, I also got stung by a JELLYFISH. It hurt a lot less than I expected, but the mark it left on my hand gave me the creeps. It was an irritated red color, and several bumps popped up. I suppose this was from the tentacles. The odd thing was that I never saw the jellyfish. Over the past few days, jellyfish have been flooding the ocean here. I was sure I would get stung for the first time. But, today, there were hardly any jellyfish, and I must’ve let my guard down. Lead to pain. Ouch. Anyways, bear with me as I figure out what the heck I am supposed to do with my own blog.