Mindlessness: Having no intelligent purpose, meaning, or direction. Giving or showing little attention or care.

These past few (or five) months since the breakup, I’ve spiraled and then gotten right back up on my feet. For the better. I had a drive in me that felt foreign, quite frankly. I loved that drive. Maybe I still have it, but I feel like I may be losing myself again.

I’m overwhelmed, and I don’t have time to focus on things that I want to focus on. I work all the time, quit my sorority, rush through my homework, and stress, stress, stress. I have been relying on God, and I felt like I was going through an immensely fruitful period, but now I feel dry. I feel fruitless. I feel as if all the amazing process I was making has gotten up on its own accord and walked its happy little ass away. If I’m being honest here, I feel useless and purposeless.

I keep praying for God to awaken that fire in me that was only so recently burning so bright…but it’s still missing. I don’t want it gone. I need it back.

I realize a lot of my problems come from procrastination. I need to break away from that.

I think there comes a point in every low time of your life when you suddenly snap out of it. Yes, the problem is still there, but you get the strength and the willpower to not let that problem ruin your happiness or ruin your day.

Sitting around and having a pity party for yourself gets you nowhere, so why bother? It’s tempting to dwell on the past and thrive on the memories, but when something isn’t an option anymore…you can’t just sit around waiting for it to possibly become one. Life goes on no matter what, and you can choose to mope or grow stronger. Today, I choose strength. 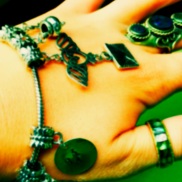 So, the last few weeks have been extremely rough. My boyfriend and I broke up the Monday before my birthday, and it’s been trying to say the least. I lost my high-school sweetheart, my first true love, my best friend, and the most amazing man I’ve ever met…all in one person. I haven’t really given myself any time to slow down and think about how much I’ve lost, because it hurts too much. I keep myself busy so that I don’t have to think about it. But, I know it’s for the best.

I know he’s hurting right now, too, and I just pray that God takes that hurt away from him; he doesn’t deserve it. He’s too genuine to be hurt. He’ll be just fine, and he’s going to change the world someday. I know he changed mine.

I don’t know who I am as a person, and I think maybe I will finally find out. Everything in life happens for a reason, and I refuse to believe that God gave me something more than I could handle, with His help of course.

One thing I’ve learned over the last couple of weeks is that I can be really introspective, I can be a good listener, and I have a huge heart for people. I may not show it all the time, but I have a special love for everybody I meet..and even those I don’t meet.

I feel so loved. You guys, I’m not even going to go into details…but God is so good. He showed me last night that I was not alone and that I was so so so loved by many.

So I started my very first job; I’m a part-time bank teller at Simmons First National Bank, and I couldn’t be more satisfied with myself. I started last week, and I can already feel myself sinking into the rhythm of what is expected from me. It feels natural…walking into work, grabbing coffee from the break room, making sure my drawer is balanced, making jokes with all the other employees.

BUT there is always a but.

While I enjoy the actual working aspect, I do not enjoy the amount of time it sucks out of my day. I feel as if my grades are dropping, my social life is lacking, and I’m running out of energy because I don’t have time to sleep.

Long story short: I have become peanut butter spread way too thin on that piece of bread we call life, and I just may be losing my mind.

It doesn’t help that while my mind is deviously running away from me, there have been several bombs dropped on me. And I don’t mean tiny little smoke bombs; I’m talking Hiroshima here, guys…

I refuse to go into it, because everything is extremely personal and to be quite frank, I’m just tired of thinking about it. I’m laughing so hard right now, because I can’t believe I’m actually about to put this quote in here…but it makes sense. And it fits. And let’s face it…Eminem is freaking awesome.

And I refuse to feel sorry for myself. Because sometimes life gets harder, and sometimes disappointments become more and more frequent. But that’s when you fight back. That’s when you get stronger.

I can do anything I want. I will have no responsibilities, and I will actually be able to enjoy myself.

This week may be exactly what I need to clear my head, reevaluate my priorities, and just have a ΒℜΣΑΚ.

When you’re depressed you have some days where you feel like you’ve finally gotten over it, even if it’s just for a brief moment. You feel giddy, you can’t stop smiling, and you feel like nothing can bring you down.

Today is not one of those days.

And do you wanna know the worst part?

Sometimes you even meet someone that makes you feel the way you feel when you have those days that trick you into thinking you’ve gotten over all those problems.

But they never stay.

So my best friend at college just got into a major car accident, and her car is totaled. I don’t know all the details, but she is getting a CT scan done right now. The doctors are positive she will be okay though.

When I heard I started crying so hard. She means the world to me, and tonight made me realize how quickly you can lose the people that you love with your whole heart. You truly do need to treasure every minute you have with somebody, because you never know when it might be your last.

Things have been…weird lately, for lack of a better word. And it’s one of those “weirds” where you can’t tell if it is about to be gut-wrenchingly awful or one the greatest things. Or who knows, maybe even somewhere in between.

I’m all about control. It’s part of my nature, and lately I’ve been trying to suppress that aspect of myself and just enjoy life and what it has to offer. I’ve not been worried about what will come next; I haven’t been stressing over all the little details.

Have you ever had a gut feeling about something? Something you just can’t explain? I have one of those, and I can’t decide if I am absolutely out of my mind or not. I can’t even put it into words, because it makes no sense to me. And also because being able to put it into words might even demolish the beauty of just going with my gut. It’s kind of hilarious, actually, what it reminds me of. There’s this Ed Sheeran song called “I’m a Mess,” and it has this one line that sends me into little fits of giggling. He says, “Put your faith in my stomach.” It cracks me up so much, if only at first because I did not understand what in the world he was talking about when he was telling someone to trust in his stomach. Like, okay Ed? Do you have a really good taste in food or something? What’s going on here? But my sister explained it to me awhile ago, and she said that it meant that he wanted whoever he wrote the song about to trust in his gut instinct, because that is exactly what he was doing. Once she told me that, it made perfect sense. But, I’ve never been able to relate, because I’m not one of those people that “goes with the wind” and “trusts their gut.” In fact, I don’t believe I’ve ever had a gut feeling before. I’ve always evaluated every little decision and fretted over it and analyzed it until it wasn’t even fun anymore. It takes the life out of things- analyzation.

So maybe it’s saying something about my anxiety that I’m finally taking a risk, and I’m finally trusting in my gut. Honestly? I don’t care if it blows up in my face. Okay, no, I care a lot, actually. But I’m just proud that I’m not overthinking everything for once, and it gives me a sense of hope and freedom that I lost a long time ago. It makes me think that it may be possible for me to get over my anxiety, not completely…obviously. But, maybe to the point to where it doesn’t plague my mind every second of every day. I genuinely hope I can get there soon.

Ironically enough, however, even as I’m typing this I can feel that little bit of anxiety crawling back in and trying to grab hold of me. It sickens me. When my brother went through his eating disorder, it pained me every day to see him struggle and not be able to overcome it. Once he finally got over it, I imagined he would be perfectly back to normal- no trace of his problems left. But, it left a mark. And that scares me. Because of what he went through, he will never be the same person he was. I talk like I’m cynical, but deep down I am such an idealist. I want to believe that instead of just getting to the point where my anxiety doesn’t bother me 24/7 that I can get to the point where I’m back to myself completely. And maybe if I try hard enough, believe in myself, and fight like hell, then I can get there.

So here’s to hoping.